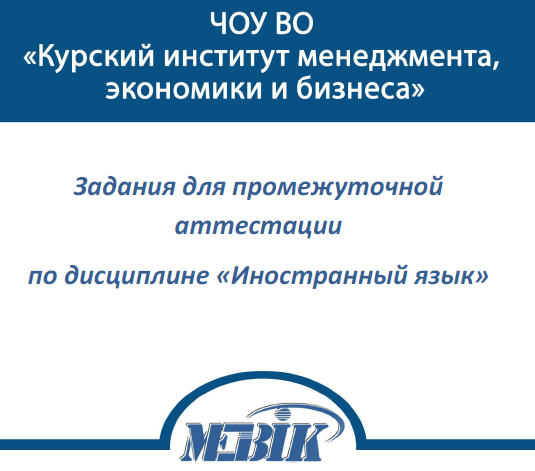 People in contemporary world can hardly imagine their lives without machines. Every day either a new gadget is invented or an old one is improved. Different people appreciate new inventions differently. Some suppose that sophisticated gadgets are really useful and necessary, while others find them absolutely awful as they influence people badly. As for me, I am pretty sure that gadgets make people’s life easier.

Firstly, they do all kinds of dirty and hard work, as cleaning. Secondly, devices can save a lot of time as well as storage space. For instance, a computer disk can contain the same amount of information as several thick books. So, machines help people in different spheres. However, opponents of this point of view are definitely sure that gadgets affect people negatively. People are reluctant to work due to the influence of machines. People become lazy and disorganized. They just expect their latest gadgets to do everything instead of them. Moreover, according to scientists, a great number of widespread devices produce radiation that can cause serious health problems. Furthermore, more and more people are becoming addicted to their modem gadgets, for instance computers, TVs or mobile phones. So, they neglect their home obligations, work or school and spend all their spare time in front of a laptop screen or a TV-set.

In conclusion, I firmly believe that in spite of all drawbacks, gadgets have, their benefits are much more considerable, as they save people’s time and let them enjoy life.

50 years ago people didn’t even hear of computers, and today we cannot imagine life without them

Computer technology is the fastest-growing industry in the world. The first computer was the size of a minibus and weighed a ton. Today, its job can be done by a chip the size of a pin head. And the revolution is still going on.

Very soon we’ll have computers that we’ll wear on our wrists or even in our glasses and earrings.

The next generation of computers will be able to talk and even think for themselves. They will contain electronic «neural networks». Of course, they’ll be still a lot simpler than human brains, but it will be a great step forward. Such computers will help to diagnose illnesses, find minerals, identify criminals and control space travel.

Some people say that computers are dangerous, but I don’t agree with them.

They save a lot of time. They seldom make mistakes. It’s much faster and easier to surf the Internet than to go to the library. On-line shopping makes it possible to find exactly what you want at the best price, saving both time and money. E-mail is a great invention, too. It’s faster than sending a letter and cheaper than sending a telegram.

All in all, I strongly believe that computers are a useful tool. They have changed our life for the better. So why shouldn’t we make them work to our advantage?

MAGIC WAVES IN YOUR ROOM

In the room where you live there are hundreds of strange, invisible complicated magic waves, all different from one another1.

They come into your house through the walls, ceilings and floors and they are there now. Some of these magic waves are striking this book, passing through it, and through you, and through everything else in the room. They are upstairs and downstairs2. They travel along with3 passengers in buses and trains, in ships and airplanes. They are all over the world, surrounding everything and everyone.

Yet no one can ever see or hear them or feel them. But we know they are present. All we have to do to prove it4 is to turn on our radio and television sets. Then we pick them right out of the air5 and transform them into music and voices that we can hear, and moving pictures that we can see. These magic waves come from everywhere. Turn the knob of your radio just a little, and you may hear children singing in Moscow. Turn a little more and you may hear news from Alma-Ata, or a concert from Kemerovo. Turn the knob of your television set and with the help of these same waves you will see a film or a play from many different towns and cities.

All you need to do is to take the set into your room and to turn some little knobs! When you turn the knob of your radio, you release sound waves and you hear a programme. When you turn the knobs of your television set, you release sound and light waves and you can both see and hear programmes. How are these waves brought to your radio or television? There is energy working around us all the time. This energy is in light, heat and sound and it travels in wave. Wave is a single vibration of energy in motion.

Antarctica is the bottom of the world, where wind scan reach 320 k p hand temperature scan plunge below 85°C. It seems lifeless but a closer look reveals an amazing abundance of life. The coastal waters are filled with plankton and fish, and its thick ice is perforated by the breathing holes of seals. Antarctica is home to thousands of penguins and seagull-like birds. The ice itself is permeated with algae and bacteria.

There is another sort of life as well. All around Antarctica the coast is dotted with corrugated-metal buildings, oil-storage tanks and garbage dumps — unmistakable signs of man. Not fewer than 16 nations have established permanent bases on the only continent that belongs to the whole world. They were set up mainly to conduct scientific research but they have become magnets for boatloads of tourists who come to look at the peaks and the penguins. Environmentalists fear that miners and oil drillers may not be far behind. Already the human invaders of Antarctica have created an awful mess in what was recently the world’s cleanest spot. Over the years they spilled oil into the seas, dumped untreated sewage off the coasts, burned garbage in open pits, and let huge piles of discarded machinery slowly rust on the frozen ground.

News of the environmental pollution has unleashed a global wave of concern about Antarctica’s future. How best to protect Antarctica has been a topic of fierce debate all over the world.

Despite the damage done, so far Antarctica is still largely pristine, the only wild continent left on earth. There scientists can study unique ecosystems and climatic disturbances that influence the weather patterns of the entire globe. The research being done on the frozen continent cannot be carried out anywhere else. Therefore, many people argue that the continent should be turned into a “world park” in which only scientific research and limited tourism would be permitted.

I now (complete) a postgraduate degree in administration.

People have always polluted their surroundings.

But until now pollution was not such a serious problem. People lived in uncrowded rural areas and did not have pollution — causing machines. With the development of crowded industrial cities which put huge amounts of pollutants into small areas, the problem has become more important.

Automobiles and other new inventions make pollution steadily worse. Since the late 1960’s people have become alarmed with the danger of pollution.

Air, water, and soil are necessary for existence of all living things. But polluted air can cause illness, and even death. Polluted water kills fish and other marine life. On polluted soil, food cannot be grown. In addition, environmental pollution spoils the natural beauty of our planet. Pollution is as complicated as serious problem. Automobiles are polluting the air but they provide transportation for the people. Factories pollute the air and the water but they provide jobs for people and produce necessary goods. Fertilizers and pesticides are important for growing crops but they can ruin soil.

Thus, people would have to stop using many useful things if they wanted to end pollution immediately. Most people do not want that of course. But pollution can be reduced gradually. Scientists and engineers can find the ways to reduce pollution from automobiles and factories. Government can pass the laws that would make enterprises take measures for reducing of pollution. Individuals and groups of people can work together to persuade enterprises to stop polluting activities.

I believe that one day somebody will invent energy that hasn’t fumes. Or people will use renewable energy, for example solar energy, wind energy or hydro-electric dams. I know that these energies aren’t so powerful, but we can use it sometimes, for example for cookers.

I think that right now we need new energy, because oil and coal are disappearing. All countries will be in the economic crisis, if we don’t find new energy!

Our world is warmer than it was one hundred years ago. Hot countries may become drier and the people who live there won’t be able to grow enough food. Ice in cold areas is changing to water because of higher temperatures. When this happens, the sea levels become bigger. Some towns near the sea may have a problem soon.

We can help if we stop making the air dirty but we must do something fast!

I’m sure all is in hands of people. I call up: Protect environment, save nature!

B: I (try) to change a light bulb that had burnt out.

Are there any practical rules for healthy living? Very few. The formula for healthy life cannot be put into words, it can only be practiced. Some people break the so-called health every day and escape punishment and some look after their health and don’t live any longer in the end. There are hardly any rules worth having but there are some principles which will help to counteract the harmful genes.

These principles are: love in childhood. Love from parents.

Another principle is healthy nutrition with all elements in proper proportion. Then comes control of environment: air, water and especially the new polluters. Remember, too, the animals, they have a right to share in the health we want for ourselves. Stresses are an essential part of being alive, but the art of life is to arrange rules that stress does not become strain. A healthy organism is extremely tough. It can withstand overwork, fatigue, anxiety, microbes up to a certain point, of course. A personal belief, the most important element in a healthy life, is some faith in life which mobilizes our faculties and makes the most of them. Perhaps these health principles seem too theoretical, but they are golden rules which can stretch our powers and help us in our fight against harmful genes.

It is a pleasure to look at a strong, athletic man and slim beautiful lady. It is known that healthy people live longer and their career is more successful. To look well you must follow some simple rules: don’t smoke and take drugs, don’t drink alcohol, don’t eat too much chips and sweets, eat more vegetables and fruits, sleep well, do exercises. All students at our university have two lessons of physical training once a week. They do exercises, run, jump, play basketball, ski in winter. I think that we must have more lessons of physical training than we have now. For example, American students have their PT lessons every day.

I like to play tennis, to ride a bicycle and to swim. But most of all I like roller-skating. I could hardly wait when snow melted, I put on roller-skates and went outdoors. I spent one or two hours every day skating with my friends and we’ve got a lot of fun!

I don’t smoke (nobody smokes in our family). I know that this very bad habit may cause serious problems in your health. I do my morning exercises, try to eat “healthy” food and think that this is really a good way to live.