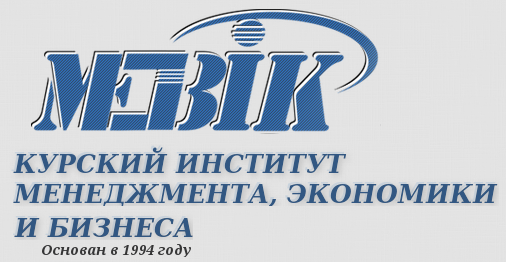 PROFILE OF A COMPANY CHAIRMAN

Alan Dury was from Italy. He was Italian. At 15 he was a shop assistant. At 20 he started his own repair company. Today at 44 he is one of the richest men in the U.K Alan Dury is the chairman of    DURANCO plc, the company which sells TV’s, video recorders, personal computers and hi-fi’s at   prices lower than anyone else’s. Duranco is based at Solihull in Birmingham, but it manufactures most of its products in Taiwan. The main reason for the success of the company is an excellent marketing team, which is always looking for, and finding, the right product at the right time. Dury doesn’t have anoffice, but runs thecompany from home.

With 150 million shares in DURANCO he is a rich man, but he doesn’t like to show it. He drives a family car and lives in a medium-sized house in the suburbs of Birmingham, where he was born. In fact he is not very different from the millions of people who buy his products every day.

Many large businesses in the UK are public limited companies (plc.), which means that the public can buy and sell their shares on the stock exchange. Examples include Mark& Spencer, British Telecom etc.

Sole Trader or Sole Proprietor (UK) – the simplest way of starting a business. You are self-employed and entirely responsible for all aspects of the management of your business.

Partnership (UK) – two or more people starting a business together can set up a partnership. All partners are responsible for the debts of the partnership, and profits and losses are shared between them.

Private Limited Company (UK) – a company can be formed with a minimum of two people becoming its shareholders. They must appoint a director and a company secretary. If the company goes out of business, the responsibility of each shareholder is limited to the amount that they have contributed; they have limited liability. Such a company has Ltd (Limited) after its name.

In the US, businesses take the same basic forms. However, American companies are registered or incorporated with the authorities in the state where they have their headquarters. The abbreviations Inc. and Corp. refer to such companies. To sell shares to the public they must apply to the Securities Exchange Commission. Like most service industries, tourism is labour-intensive; that is, it employs a high proportion of people in comparison to the number that it serves. The range of jobs is also very wide, from unskilled, like a dish washer in a restaurant, to semi-skilled, like a waiter or a chambermaid, to skilled, like a travel agent or a tour operator. In addition, tourism generates many jobs that are not usually considered to be within the industry itself—jobs in construction, manufacturing, and merchandising.

A majority of the jobs in tourism have one common feature: contact with the public including both the positive and negative aspects of dealing with ordinary human beings. Anyone who has chosen a career in tourism should enjoy working with people and be tolerant, especially since the irritations of travel can bring out the worst qualities in some people.

In many jobs in which it is necessary to deal with the public, language skill is necessary or desirable. People who hold jobs of this kind include travel agency employees, ticket and reservations agents, airline flight personnel, front-desk employees in hotels, tour conductors or guides, waiters, barmen and so forth. (The degree of language skill may vary from using special terms in catering service jobs to speaking fluently among travel agents and tour guides. The degree of language skill may vary according to the location of the job.

The tourist industry differs from many others as it employs more women than other kinds of business. Indeed, women are found at all levels. Many successful travel agents are women who have established independent enterprises after gaining experience elsewhere in the industry. There are many different ways to acquire the necessary experience. Some agents begin as clerical workers or secretaries in travel agencies or in transportation companies. Particular jobs that provide useful knowledge include those of ticket agent and reservations agent for the airlines.

In addition to dealing with the public, the travel agent must deal with people who work for the other components in the industry. One of the most important aspects of the job is keeping informed about the highlycomplex pricing policies of airlines and the resort hotels

The people who write about travelalso receive lavish treatment from the tourist industry. There are relatively few travel writers, but they fill an important place in publicizing the industry. Some of them work full-time for magazines or newspapers. Others are free-lancers: they work for themselves and sell their articles to any publication that is interested in them. There is also a small industry involved in writing and publishing travel guidebooks.

The tour operators work much more within the framework of ordinary, corporate practice than the small retail agencies do. Companies like Cook and American Express employ people in nearly all phases of tourism, ranging from the jobs that would be found in a retail travel agency to those that deal with package tours or establishing overall policy for the companies. They also employ a large staff to work on advertising and publicity.